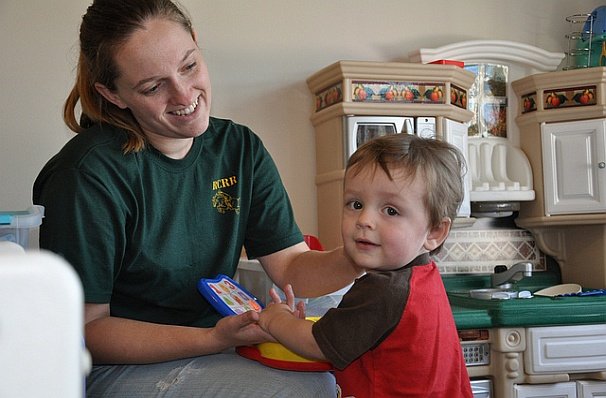 How to Discipline Your Toddler: Age-Appropriate Tips for your 1 – 3 Year Old

Why Your Toddler Throw Tantrums, Doesn’t Listen and Misbehaves

Disciplining a toddler is challenging because to do it effectively, you have to understand his stage of brain development.  Your 1 to 3 year old child does not yet have the rational thinking of an older child.  He still cannot easily understand and remember rules.  He still does not appreciate the concept of empathizing with other people, of being nice, and even making himself safe.  His grasp of logic and the consequence of his actions is still primitive.

A toddler is just beginning to develop his sense of self and starts to want to do things for himself.  He often wants to do things that he is not yet capable of, and this causes him to feel frustrated.  And because he still lacks the skill to communicate, he vents his frustrations through tantrums and unruly behavior.

Also, a toddler may not really mean to misbehave.  It is just his response to his situation, the best way that his underdeveloped maturity knows how.  That is why to make the most appropriate response to your toddler’s misbehavior, you need to be empathetic or understanding.  You need to be aware of what your toddler is going through in his developmental growth to help you respond and discipline him appropriately.


You have to understand some of the common causes of your toddler’s misbehavior:

Extreme fatigue, hunger, physical discomfort, sickness – These could cause your toddler to have temper tantrums.  They are a cry for help, and sometimes his best way of saying “Enough!”. He is expressing his feelings in the only way he knows how – with screams, contortions, lying on the floor with limbs flailing, and whining.

Frustration – Your toddler oftentimes feels powerless with his limitations.  There are a lot of things that he wants to do physically that he is too weak or too uncoordinated to do, such as making a toy stand properly.  Being unable to express what he wants verbally is also a big cause of frustration.  Thus he vents this in outbursts of anger, aggression and anti-social behavior.  He is still at a stage where it is hard for him to control his temper.

Not getting what he wants – Toddlers have a hard time controlling their desires and impulses, and they expect that they will be given what they want.  When parents say “no”, toddlers can find the disappointment difficult to manage and do not understand why he is being denied.  Toddlers also have no concept yet of “delayed gratification”.

Curiosity – Your child is actively trying to learn things about the world, and sometimes it causes him to cross the line of unacceptable behavior.  He may pull the cat’s tail to see how it reacts, or bang a spoon on objects to hear the different sounds it makes.

Testing – Your toddler is growing increasingly aware of his personal power. He tests the limit of what he can get away with.

Desire for attention – A child has a strong craving for attention.  He would rather face the consequence of his misdeed than to be ignored.

Why is it important to discipline your toddler?

Although you may understand why a toddler misbehaves, it doesn’t mean that his misbehavior should be ignored.  Toddlers should be disciplined, so that he is aware at an early age that there is such a thing as right and wrong.  Disciplining your toddler should be an ongoing effort, not just something you do only when your child misbehaves.

These are some of the things that you should accomplish when disciplining your toddler:

Here are some general approaches to disciplining your toddler, based on his age:

Your one-year old to 18 month toddler does not have much control over his personal response because of his still undeveloped frontal lobes of the brain.  The frontal lobe of the brain, among other functions, is responsible for some aspects of your child’s emotions.  Your toddler at this stage will experience extreme emotions.  He will cry and act out when he is overwhelmed, tired, scared, want something, sick or just needs a diaper change.

The main thing to remember to react to your toddler is to be patient.  If he appears to want something, you have to figure out as quickly as possible what it is.  Oftentimes, distraction is the best strategy to cope when your toddler acts out or “misbehaves”.

Your 2 year old toddler cannot think logically yet, and his thinking is not that sophisticated to predict the consequence of his behavior.  He is just beginning to understand and use language.  He can follow simple directions, but sometimes forgets midway what he is trying to do.  He has low threshold for frustration and may be short-tempered, show aggression and have little impulse control.   He is able to learn to not do certain things if it is associated with negative outcomes, such as a reprimand or punishment.  He is also beginning to assert his control over some aspects of his life, and begins to give orders.

At this age, because your toddler still does not understand logic and reason too well, it is still better to divert attention or use humor when your toddler wants to do something you don’t want him to.  Remove objects that you don’t want him to touch.  Tell him “no” gently when he starts to do things you don’t want him to do.  Make loud, negative responses only with behavior that has serious consequences such as touching the stove or running suddenly into the street.   Repeat rules over and over.  Ignore undesirable behaviors such as whining and tantrums if it is about anything trivial.

At age 3 your toddler is better able to communicate his needs and wishes.  Although his language skills are more developed, his logical thinking is still not developed.  He can remember simple rules, but will often give in to his impulses.  This is the age where he learns by repetition, that’s why he loves familiar routines, and hear the same songs and stories over and over again.

To discipline your 3 year old, repeat rules over and over again, and have him repeat them after you.  This is an important time to be consistent.  If you say no, don’t be tempted to change your response to his whining or throwing a tantrum. Continue to remove dangerous objects and other temptations, rather than scold him.  If he has done something aggressive or harmful, remove him from the situation for a few minutes.  If he does not stay put by himself, hold him without talking or making eye contact.  If he is angry about your effort to discipline him, do not offer comfort until he calms down.


Best Ways to Discipline Your Toddler

Avoid these tactics when disciplining your toddler.  They are at best, controversial in their effectiveness, and most of them can even backfire and do harm.  Instead of teaching self-control, they may teach your child violence and other bad habits, and worse, may erode self-esteem.