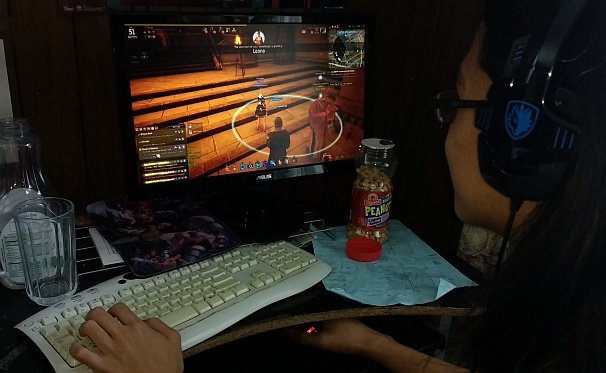 How to Treat your Child’s Video Game Addiction

The World Health Organization declared that compulsively playing video games is a mental health condition. Calling this “gaming disorder”, this term will apply to people who play excessively and of “sufficient severity to result in significant impairment in personal, family, social, educational, occupational or other important areas of functioning and would normally have been evident for at least 12 months”.

Kids who are really addicted are those who spend most of their time gaming over doing other things in their life, their gaming behavior escalates or persists despite negative consequences, and they suffer withdrawal effects when they stop. For example, they skip school, don’t do their homework, do not involve in sports or outdoor activities, socialize, or have lost interest in other life activities.

The American Psychiatric Association (APA) concluded that there is still insufficient evidence to include video game addiction as a unique mental disorder.  When people refer to “video game addiction”, especially when it comes to children, they mean spending too much time playing video games – sometimes for more than 12 hours a day!


Most of the time though, when gamers admit to themselves that they are “addicted”, they do not mean so in a clinical sense, but they are doing it excessively, and at times compulsively, because they enjoy it. Real video game addiction, when a player acquires a gaming habit that interferes with important normal functioning. is extremely rare, happening to less than 1 percent of players.

Scientists have also observed that unlike other addictions, too much video gaming goes away on its own, even without treatment. Most video gamers just experience a short, obsessive bursts of interest like in Minecraft, Pokemon Go and Fortnight, and the obsession fades away on its own.

Why Your Child is Addicted to Video Games

Game creators work hard to hook players to their games. They use predictive algorithms and principles of behavioral economics to make the gamer binge.

Games become “addictive” because it triggers the brain’s reward system, and shapes a child’s behavior.  Studies made by the California State University found that video games can have a similar effect on children’s brains as drug abuse or alcoholism. The impulsive part of the brain, known as the amygdala-striatal system was smaller and more sensitive in excessive users so that it processed the stimuli of games faster.

Massive multiplayer online role-playing games or MMORPGs immerse the player in real time because of the seemingly endless possibility of discovering more powerful loot or items.  He is also enticed to complete events and achievements that requires a lot of gaming time.

Gamers who play games with social aspects, such as the World of Warcraft, spend the most time playing, sometimes for more than 40 hours a week – even more than a full-time job. The social element makes gaming even more compulsive, and hard to quit. Social gaming satisfies the human need for being in charge, feeling competent, and feeling connected with others. Some online gamers even feel that they are “duty bound” to go online because others rely on them – or their “clan” needs them for a “scrim”.

In many other games, the gamer works hard towards achieving a goal and quitting the game prematurely would waste everything the gamer has worked for.

Also, individuals who have other psychiatric disorders like depression, anxiety, and ADHD are found to be more at risk for gaming disorders.


How to Break Your Child’s Video Game Addiction

In moderation, video games can have a lot of benefits.  However, when video game playing is excessive to the point that it brings about the bad effects above, parents should seriously consider limiting their kids’ gaming time.

Here are some tips to break your child’s video game addiction:

Ways To Make Your Child Avoid Getting “Addicted” to Video Games in the First Place: