Home All Ages Raising Smart Kids Articles Raising a Creative Child: What You Need to Know 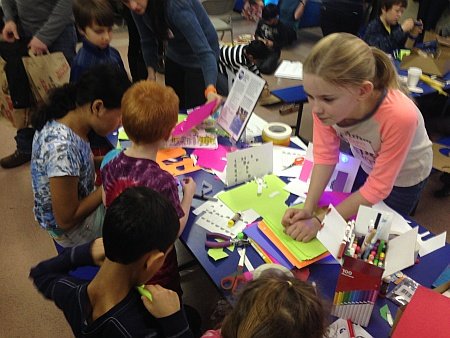 Raising a Creative Child: What You Need to Know

Creativity is the ability to generate or make up stuff that is unique and often has practical or artistic value.  It also way to look for new solutions to old, and more importantly new problems.  When your child becomes an adult in the workplace, he will always encounter problems that may not be solvable through the old ways, and therefore requires thinking “outside the box”.  A child who is used to thinking creatively will be a success in his profession, and will be sought after by employers.  Or better yet, he may even employ people to work on his innovative creative project!

Apart from practical benefits of being creative, coming up with something new in itself is a source of pleasure.

Many artists actually create art not for money, but to express themselves and give purpose to their lives.  To many, it can be an important aspect of a happy, fulfilled life.

And of course a creative child may also grow up to be able to produce something very valuable in his generation.   A child whose creativity is well-nurtured, and have other traits like grit, persistence and ability to do hard work may grow up to be the next Larry Page, Mark Zuckerberg, Jeff Coons or Frank Gehry.


The Genetic Root of Creativity

A large part of being creative is genetic. Scientists claim that some people are born more creative than others, and creativity seems to come more naturally to some kids than others.  It is an innate talent, and the naturally talented person has an easier time acquiring the same level of expertise than the lesser talented person.  Also the talented person tends to master quickly what exists, so he can move on to working beyond what already exists and build something new.

Highly creative people are found to exhibit personality traits such as being intelligent, non-conformist and unconventional, and open to experience.  They have strong egos, and even have a mild form of madness.  They also tend to have a broad range of interests.  For example, highly creative scientists are found to be highly interested and engaged in the arts.

Although there are especially gifted creative people, experts believe that all people have creative abilities and all have them differently.  It is also something we all have in various degrees.  Kids are naturally creative.  But because of societal pressure, creativity can be unlearned.  And because of lack of stimulation, creativity can also be undeveloped.

Characteristics of a Creative Child

You can tell if your child is naturally creative if you see him:

Genetic factors are main contributors to a person’s creative talent, but scientists do not negate that environmental factors play a big part in developing it in a person.  Creativity can be developed so a person can achieve his potential.  And the best time to foster creativity is from childhood.

Childhood is the time when your kid is still developing his powerful brain.  It is also the time when he can freely explore and grow in the direction he wants, and not be constrained by how society wants him to think. It is the time when he picks up the habit of being creative.   Indeed, nurturing his creativity is one of the most important gift you can give to your child. 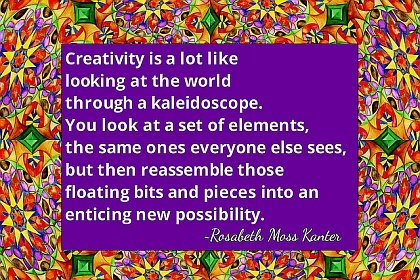 Tips on How to Raise a Creative Child

In general, you can foster your child’s innate creativity by exposing him to influences that can provide him with inspiration.  This means cultivating his love of knowledge and reading.  You should also provide materials for your child to apply his creativity.  Also, give him time to be alone, to think, to reflect, to imagine, to fiddle about, to create.

Importantly, your child needs your encouragement and your non-critical acknowledgement of what he is trying to accomplish.  Give him an environment that allows his creativity to develop, and not be stifled.

By doing this, you are instilling in your child the habit of creative thinking, which he will take into adulthood.


Here are some tips to raise a creative child: