Allowance For Kids: The Pros, Cons and Some Useful Tips 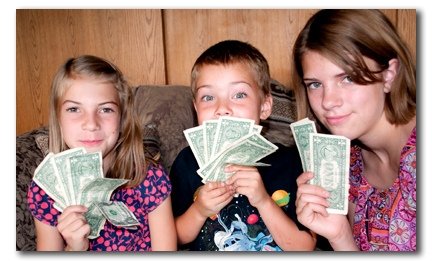 Giving kids allowance makes a lot of sense as they do things more independently. An allowance can be an opportunity for kids to learn self-reliance in financial decision making, budgeting, saving, and money management – lessons that many grownups have not learned.

Giving kids a modest amount of money makes them realize that they cannot buy everything they want.  When kids use their own funds, parents hope that their kids learn to spend wisely, budget, save, and be money-smart.

Some financial management experts say that giving a child a regular allowance is the single best learning tool. Some researchers, however, do not think that it is a good idea to simply give a child a regular unconditional allowance.
Pros:

Allowance Only Given When Needed

Some parents give their kid an allowance only when the child needs the money and asks for it.  They decide to give their child money based on how necessary it is and the budget allocated for the child.
Pro:

Making chores a condition for a kid’s allowance is also a top strategy for some parents when it comes to getting their child to help with housework.

Tips for Giving Allowance to Kids:

Here are tips to make the most of giving allowance to your child, so that he learns money management as well as life lessons to make him smart: